Summer months pass quickly and now it is already August. Late summer. In July I visited the beautiful county “Värmland” in the west of Sweden. Together with four very dear old friends (in fact from my teens) we hired a small cottage for a few days. Värmland is a quintessential Swedish county with forests, open meadows full of wildflowers and an abundance of lakes. Farming is still common with grazing cows and sheep. Houses are typically made of wood painted in red with white corners. This is a county where storytelling is traditionally practised and many famous Swedish authors come from here among them Nobel Prize winner Selma Lagerlöf. It is a land of trolls and fairies and fairy tales.

Among other things, we visited a genuine craft fair “Gammelvala”. Held every year in a small village most of still practised crafts where shown. For example the complicated production of linen from flax, the beautiful blue flower. This has been very important for many hundred years.

The crafters were dressed in clothes from the nineteenth century. Plant-dyed wool skeins on a line: 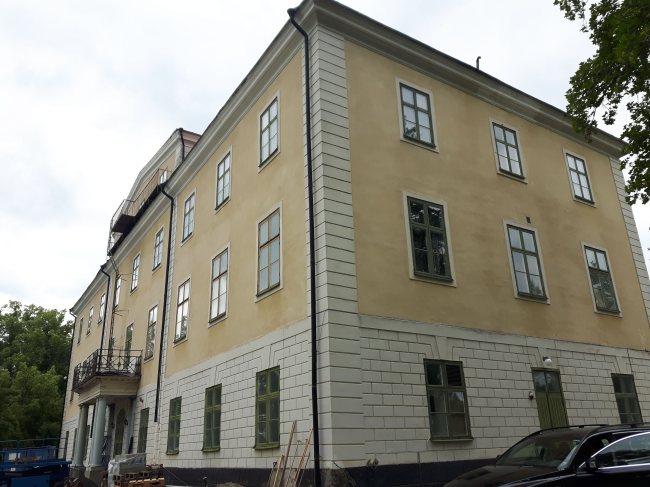 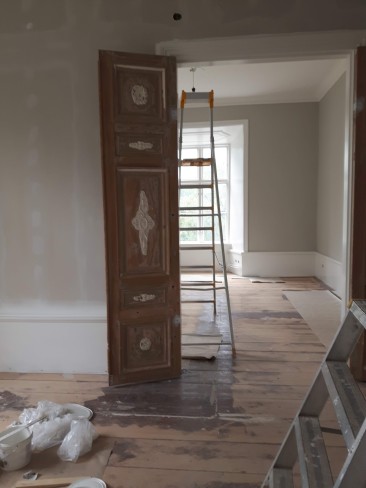 I have also visited a childhood friend. We are three friends from early childhood who meet once every year. We now visited the one of us who !ives in the countryside with her family. They have a chicken farm in the middle of Sweden. A life very different from mine! They grow most of the fodder for the chicken and needed more land. And then an old castle with lots of belonging fields neighbouring their farm happened to be for sale. So now they happen to be castle-owners! The oldest son is now restoring the interior to be able to live there with his family. A huge project that will take a long time. It is a historical castle from the seventeenth century called  “Rinkesta”  It was very interesting and exciting to see.

Now to my crafting:

I have completed a cardigan that I began knitting when I was in Portugal. This one I think I will keep for myself for a change. As usual patterns inspired by Alice Starmore.

New silver from the bench: 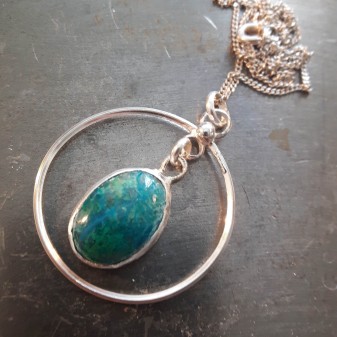 And finally, my son and I have bought a rolling mill. It is an economy mill, but good enough for our needs, for example to make filigree wire. We will have to fasten it firmly to the bench with bolts, something we haven’t done yet.

I have told before that  I am planning to set up a small webshop for my jewellery. Just in a small scale as my production is not big.

← Midsummer thoughts
Back to Vinterviken, creative embroidery and a little webshop →